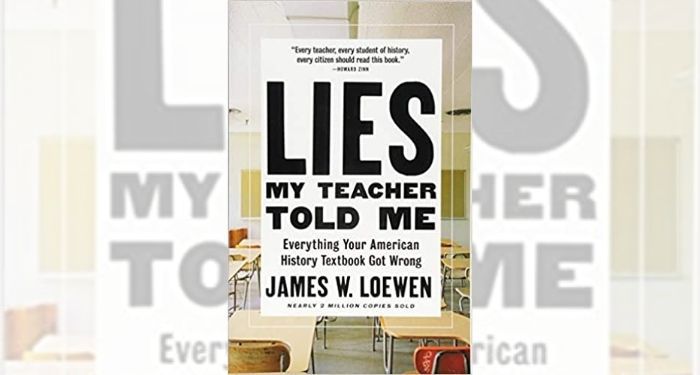 James Loewen, author of Lies My Teacher Told Me, died last Thursday, August 19 in Bethesda, MD. Loewen was a highly respected sociologist and racial justice activist, as well as the author of several textbooks that challenge the white, Eurocentric history taught in most schools. He attended Carleton College in Northfield, Minnesota, where he studied sociology. These studies led him to spend time auditing courses at Mississippi State University, the Tuskeegee Institute, and Tougaloo College in early 1963.

Loewen and Dr. Charles Sallis co-wrote Mississippi: Conflict and Change in 1974 as a corrective response to the content assigned to his fellow students at Tougaloo during their 9th grade history course. The book earned the Lillian Smith Book Award for Best Southern Nonfiction in 1976, but simultaneously the Mississippi State Textbook Purchasing Board refused to purchase it and school districts threatened to fire teachers who used it in their classrooms. Loewen ultimately won a court case in 1980 that forced the state to adopt the book.

From there, Loewen went on to publish several texts aimed at giving the public a more holistic and accurate representation of American history. Lies My Teacher Told Me was published in 1995 and has been through several editions since, the latest edition having been revised in 2018 during the Trump administration. In 2023, the New Press will publish a graphic edition of Lies My Teacher Told Me, created in collaboration with artist Nate Powell, who worked with Rep. John Lewis on the 3-part graphic novel for March.

Another of his works, Sundown Towns, inspired a database that is maintained by his colleagues and can be used to discover if a specific town has a sundown past.

James Loewen’s work has been critical in the challenge to traditional white Eurocentric historical teaching. He is survived by his second wife, his two children, four grandchildren, and his sister.