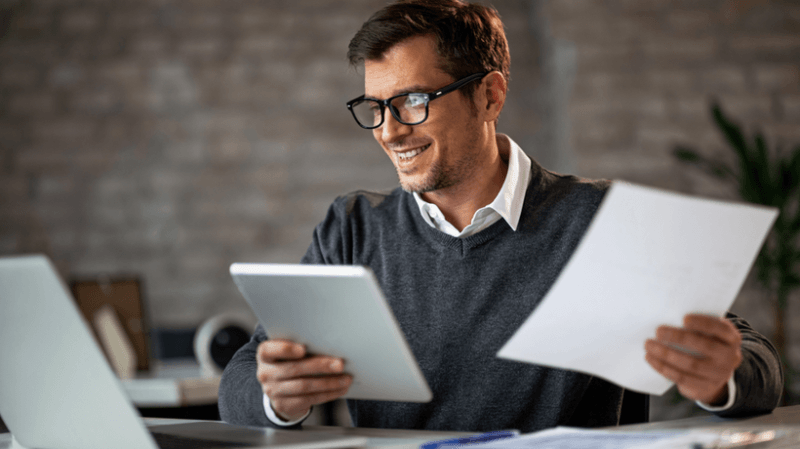 There are many avenues to choose from when creating and deploying eLearning content and each avenue differs greatly from the next.

“Traditional” Learning Management Systems (LMSs) only allow the dissemination of “container-based” formats, such as SCORM, AICC, xAPI, and CMI5. xAPI is also referred to as “Experience API” or “TinCan API”—the former and latter are the same and will be referred to as xAPI. Container-based content, despite the various named derivatives, is commonly referred to as “SCORM content.”

While SCORM content allows for truly vast content authoring options, these are not without peril and surprisingly often cause navigational and deployment problems that in turn negatively impact the learning experience (we are all too familiar with SCORM popups and their archfiend, the popup-blocker).

Why have a standard, such as SCORM, in the first place? Standards typically emanate from common use (of a particular software), which makes it possible for manufacturers to create solutions that are compatible and talk to one another. The original SCORM standard hails from roughly 30 years ago, when the first generation of commercialized purpose-built LMSs appeared on the market in the mid-1990s during the dawn of modern networking.

While primitive by today’s standards, the primordial LMS featured little more than a file-sharing environment coupled with bulletin board functionality, amongst a few basic other features. Soon enough there were a number of LMSs on the market with each one comprising different standards that began finding their way into the corporate space.

At the time, the potential of electronic learning (hence: eLearning) did not go unnoticed to governmental agencies in the USA, who latched onto the medium as a way to train workers in different departments and geographic locations. As was to be expected, each agency developed its own content standard and/or proprietary LMS, which quickly led to a disjointed educational effort. This disarray of content quickly matured into a government-initiated standard that was aimed at LMSs being able to share content with each other and to this end, “SCORM” was born. SCORM, an acronym for Sharable Content Object Reference Model, is a legacy standard that is still very much alive within eLearning today.

The short answer is no. They never have been, but until recently one did not have the luxury of alternatives. The choice was simple: convert content into SCORM content if wanting to deploy the said via a traditional LMS, or alternatively set up a common access area, such as a lever arch file in the break room or a slightly more contemporary solution, such as Microsoft SharePoint or Dropbox, from which learners can view other content types—the latter with absolutely zero measurability.

Variety is not only the spice of life but also essential within Learning and Development. What may work for a conservative organization may not work for a progressive institute and vice versa. Also, the desired outcome of learning can be as vast as a politician’s promise and thus should cater to varying scenarios.

Often overlooked is the fact that smaller organizations do not have the resources that afford them a dedicated training department that can create content as and when required. This leaves them having to outsource the conversion of their content into SCORM-ready content, often at great costs coupled with seriously truncated flexibility. Equally debilitating is having inexperienced and unchartered employees venture into course authoring in a futile attempt to regain flexibility and/or curb spending. More often than not, the results are semi-functional courses, lackluster visuals, and deficient navigation, which will negatively impact the learning experience and therefore uptake, buy-in, and commitment to eLearning.

On the positive, SCORM content—when properly created, styled, and deployed—can afford learners a truly sensory smorgasbord that makes eLearning exciting, captivating, and truly engaging. In reality, it seems that this option is privy only for medium to large corporates who can afford to employ (or outsource) the job to true professionals who have mastered not only Instructional Design but also the authoring tools required to deliver the content in the desired manner.

Another fact to consider is that some organizations simply do not want to deploy SCORM content for reasons of lack of granular reporting, elevated complexity, frugality, antiquated standards, or other mitigating reasons. Their alternatives, even with “modern” LMSs in the market today, comprised of lever arch files, SharePoint, Dropbox, or software of its ilk. In short, there were none up until the appearance of “Sustainable Upskilling Solutions” (SUSs), which are similar to LMSs but uniquely different.

A traditional LMS’s architecture is built around content containers. To redress this, the entire architecture has to change and the platform has to, in essence, be redesigned and redeveloped from scratch, a costly and time-consuming proposition that does not make much sense. The delivery mechanism aside, there are a plethora of knock-on effects that have to be reinvented, such as a freestanding (non-SCORM) assessment capability and a revised reporting engine, that focuses on SCORM as well as non-SCORM data touchpoints.

There are some traditional LMSs that claim to support common file formats, however, these are either still comprised within a container of some sort or limited to MP4 videos and static PDFs only.

Trying to bolt common file formats onto a traditional LMS is akin to attaching wings to a car with the aim of turning it into an aircraft—one is better off designing an aircraft from scratch around its intended envelope.

A flexible learning platform, such as that of a SUS, provides organizations with a mechanism to easily and sustainably train their entire workforce in an array of different formats specific to the potentially varying requirements at hand. Think of the differences pertaining to induction, health and safety, product, sales, and compliance training.

A flexible learning platform is also free of rigid structures, such as allowing only SCORM content to be deployed, that otherwise would obstruct functional evolution and growth.

There are advantages and disadvantages to both content deployment options, SCORM and common file formats that will be discussed in a follow-up article, and it is up to each organization to decide which content strategy is better aligned to its requirements. Perhaps the one, perhaps the other, or perhaps even a hybrid solution—SUSs thankfully cater for this flexibility.